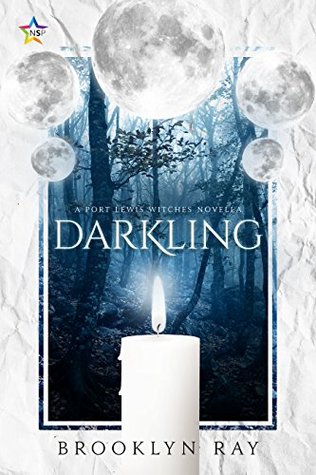 “I don’t know what to do. One day I’m doing a reading with Liam, the next he’s going down on me on the hood of a car and I’m sucking his soul out of his body. What the fuck, Jordan? What do I do?”

Content Warnings (highlight to read): Scenes of bloodletting and death (and resurrection) of an MC.

Description: A paranormal romance set in a small town where most of the characters are queer, witches, or (more often) both. In this world, there are clearly-delineated “types” of magic and the witches who practice them; the main character, Ryder, learns that he’s a necromancer, and has to tackle what that means for him and his circle-mate and best friend who is also all caught up in this strange magic with him.

Ryder is a witch with two secrets—one about his blood and the other about his heart. Keeping the secrets hasn’t been a problem, until a tarot reading with his best friend, Liam Montgomery, who happens to be one of his secrets, starts a chain of events that can’t be undone.

Impression: Ryder is a fun main character: kind of a cliché edgy dark witch type, but in that way where he totally leans into it and makes it work. I was pretty invested in the relationship between Ryder & Liam – the banter, sexual tension, and romance & sex scenes were both a highlight of the book and also really nicely thematically consistent with the book’s focus on the rush of power dynamics and getting really caught up in the heat of the moment.

The prose was charming and a swift read for the most part, just mired down a little in some rough edges (too much heavy-handed focus on visual descriptions early in the book, for example). The pacing was the major issue: as is an issue with a lot of novellas, Darkling didn’t spend enough time developing the important things and as a result felt rushed and a little messy. As a result, the book felt a little like a jumble of concepts and aesthetics that I really enjoyed that didn’t quite piece their way into a solid narrative or enough emotional connection to the characters.

I’ll definitely seek out the sequel(s) because I want to to see what the author does with the concept, characters, and setting, and because I feel like there’s a lot of potential here.